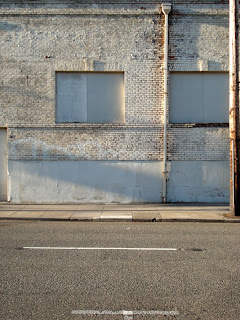 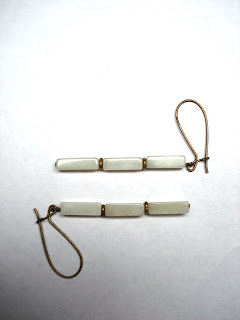 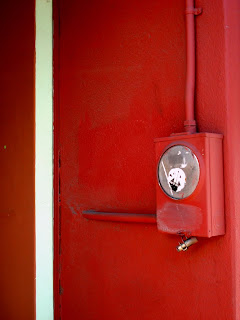 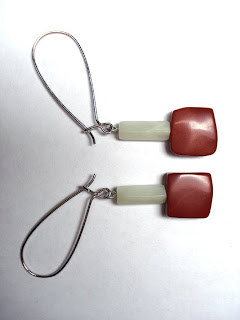 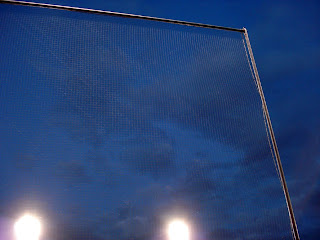 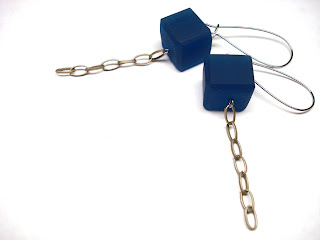 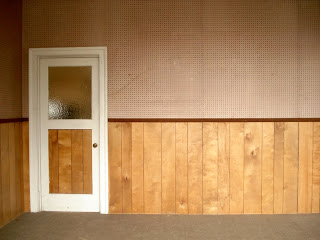 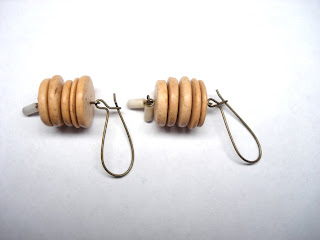 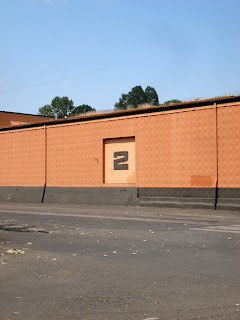 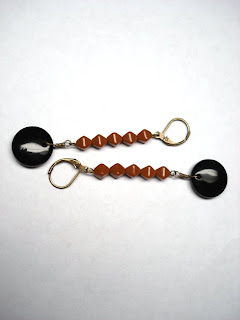 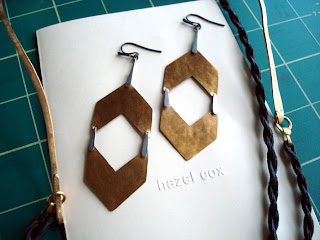 At the Little Winter meet and greet event last November, Alyson was wearing the World's Most Gorgeous Earrings. The following day on the first day of the market, she was wearing a different but equally stunning pair. She told me that both pairs were made by Portland jewelry designer Hazel Cox. Now I'm not generally one to obsessively want stuff but people, I obsessed over Hazel's jewelry for weeks, talking about her earrings non-stop. Barry is sweet and smart - he got me her sailors earrings for Christmas. And several weeks ago, when I was particularly down in the dumps, he came home with a show-stopping surprise - Hazel's serpent necklace made of bronze and waxed linen cord that he picked up at a beautiful shop that recently opened in our 'hood - Oko. I cannot tell you how much enjoyment I get from these two pieces of jewelry, both because they're thoughtful gifts from Barry but also because Hazel's design and craftsmanship are impeccable. If I'm gonna get stuff, this is the kind of stuff I want to get.
Posted by sulu-design at 10:00 PM 4 comments:

Today I was going to sit down and get serious about tending to my neglected etsy shop. I've been meaning to add new designs for weeks now. Following my usual modus operandi, I realized I had to rearrange the apartment first. Now you know I'm a gal who likes things just so, who loves her ninety degree angles, who really appreciates a nice crisp grid. But the columns in our loft are at forty-five degree angles to the walls, and they drove me to do something crazy. Crazy I tell you. All of the living room furniture is now laid out on a forty-five degree angle to the rest of the furniture in the apartment (remember - the bedroom furniture, the office furniture, the listening area furniture, and the dining room furniture are all in one room). Yikes! 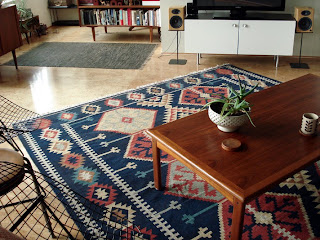 Now I can get to that shop update.
Posted by sulu-design at 11:39 PM 4 comments: 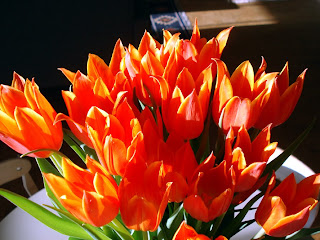 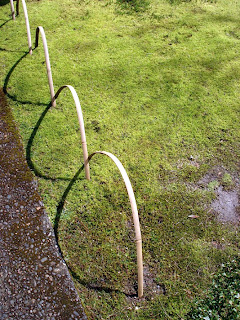 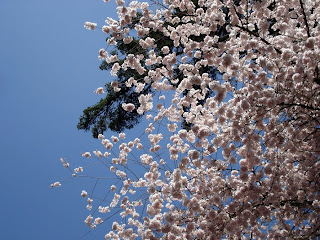 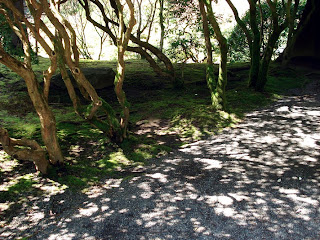 Barry's parents were in town last week. We ate our way through some amazing restaurants. Gruner's food was phenomenal (although the service was meh), Laurelhurst Market knocked our socks off, and we were happy to get to St. Jack where I loved everything I tasted... and I tasted a lot. We went to the Japanese Gardens on one of the few beautiful days Portland has had recently. We taught the O'Connors how to play Boggle. They'll be back in July for a rematch. I'm already working up an appetite.
Posted by sulu-design at 5:21 PM No comments:

Oh, The Difference a Day (or Two) Makes

My mid-week work weekend fell on two days in which Portland had a couple lengthy breaks from the rain. On day one, I jumped at the chance to take a nice, long run in the gem that is Portland's Forest Park, and it was amazing what it did for my mood. The park is full of flowers now, and the trees are covered in unbelievable shades of moss green. It was just gorgeous and perfectly head-clearing. As a bonus, on my run home in town I found a cool old wooden crate in the garbage... and Barry and I were just lamenting about the lack of good trash here compared to New York. Ha! 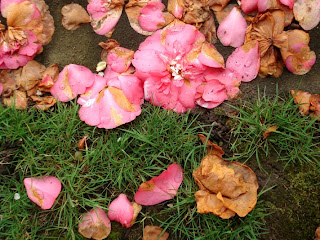 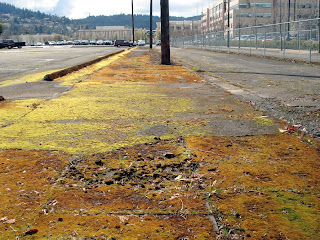 Day two included a nice stroll with Barry around our neighborhood. We're excited to see three new establishments in the works - a tavern called Bent Brick by the owner of Park Kitchen will open on NW Marshall, a new Olympic Provisions location will open on NW Thurman in the old Carlyle spot, and a bar called Quimby's will open on (you guessed it) NW Quimby with food carts on its lot.

Things are looking a lot brighter (and a bit drier) today. Onward with the work week...
Posted by sulu-design at 8:00 AM 4 comments:

When did I get so freaking impatient? I wanted to scream today as I waited for a piece of bread to toast. For two stinking minutes, people, I was pacing. Pacing! Sheesh. What's wrong with me? Instead of screaming, I made a little list in my head of other scenarios in which I've felt seriously impatient recently, to help pass the time. Seems that other than waiting for the toaster oven to ding, they all involve driving:

I can't stand it when drivers who are making a left at a light don't pull out into the intersection while they wait to turn in order to let other cars who are stuck behind them pull around to the right.

In the same vein, it drives me nuts when I'm on my bike - stopped at a stop sign - and a driver on the cross street who doesn't have a stop sign stops and waves me on. I know the driver thinks he's being nice. But I'm at a stand-still, dear driver, and it's a lot easier and faster (as well as being what the traffic signs call for) for you and your car to keep on going than it is for me to start up my bike from a stop. Go ahead. You won't hit me. I've stopped. 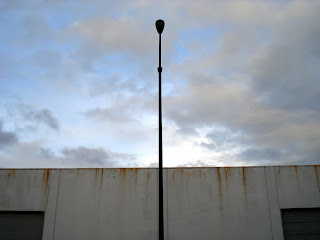 Done. That is my toast is ready and my impatient rant is over. Clearly the rain is getting to me. Thank goodness Barry's parents are arriving for a visit tomorrow - they'll bring a little light to our week.
Posted by sulu-design at 6:03 PM 2 comments: 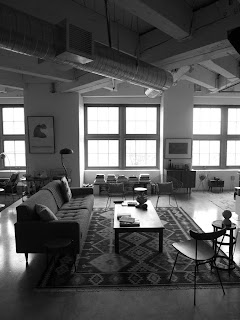 (thanks for the photo, Barry)
Bed. Gym. Work. Home. Sofa. Bed. With a few exceptions, that pattern has been pretty consistent in my life recently. I've been feeling like hunkering down at home since greyness and rain have seriously set in on Portland. And unfortunately I'm not feeling like doing much while I hunker (a little reading, a little jewelry-making), but I'm not feeling content with not doing much. Blah. What to do...
Posted by sulu-design at 5:42 PM 5 comments:
Newer Posts Older Posts Home
Subscribe to: Posts (Atom)