In my "back in the blogging saddle" post from several months back, I mentioned that I won't spend another birthday alone if I have anything to say about it.  The thing is, I pretty much always have something to say about it, as I did on my birthday in 2017 that ended up being lonelier than I anticipated.  I planned a day full of good things on my own and encouraged Barry to go on a fun work-related trip that couldn't be scheduled for any other time.  When I realized on the day of my birthday that I would have preferred company to being by myself, I could have reached out to friends and asked them to tag along with me to all the fun stops I made that day.  I could have, but I didn't.  I rarely (okay, never) reach out to friends for impromptu hang outs.  But the memory of how lonely I felt that birthday along with a conversation that I had with Elizabeth, my friend for over thirty years, about reaching out (or failing to do so) to friends to connect in person have me thinking a lot about the time I spend alone and the habits I've developed that result in me being alone more often that I want to be.

Don't get me wrong - I do love spending time on my own.  I've gone on and on about that in the past, and I had one of the absolute best weekends ever a few months ago, completely solo.  But sometimes I'd like a companion with me when I do those things that I often do on my own.  Like when I go shopping for plants.  Or when I stop by a craft show.  Or when I go to the park on a hot, sunny day.  Not big plan-ahead things, just regular hanging out type stuff.  And sometimes I'd like a companion when I want do the things that, partially for safety's sake, I'm not always comfortable doing by myself.  While I've contemplated doing it many times, I've never gone backpacking alone.  I won't go on long hikes alone where the chances are good that I might not run into other hikers.  And I'd often prefer to have a friend with me when I go mountain biking instead of going alone.  Those are the things that I often do with Barry, or that Barry and I do with other friends.  But they're not things that I typically do without Barry.  And to be honest, I feel pretty lame about that.

I have lots of excuses for why I haven't reached out to friends for impromptu get-togethers or for more plan-ahead activities:

I don't have a cell phone, so calling or texting someone to arrange something on the fly isn't possible.  I often can't easily get in touch with someone to say, "What are you doing right now?  Want to meet me somewhere soon?"  I also can't be part of group texts which (I gather from my friends) keep people connected in ways that I just can't be a part of.

I have non-traditional weekends, so planning a weekend camping or backpacking trip with most of my friends isn't possible unless somebody takes a day off of work.

So that's where I'm at.  Trying to figure out how to make the leap into doing fewer things alone.  Suggestions?  Experiences to share?  I'm all ears.

Three Months Later (This is Becoming a Habit)

I'll be bummed when, in a year or two or ten, I look back at my blog to check what I was up to at this particular time in my life and find that I hadn't been posting here consistently.  I blame it on the fact that I don't like to take my camera with me when I'm out having fun because I think it will be in the way, and no photos = no posts.  I don't want future Suzy to be bummed, so I'm going to catch up a bit now just like I did several months ago.  And then maybe I'll get back on track with posting here regularly again, or maybe I won't.  But at least I'll be able to remind myself of these past few months, which have been pretty damn good.

Back in October, while Barry was out of town with his coworkers, I spent a ridiculously fabulous weekend on my own: mountain biking at Sandy Ridge, getting a massage in Hood River, having a Black Irish at Double Mountain and a burger at Sixth Street, staying at my favorite hotel on the Columbia River, making jewelry for hours in the hotel room while looking out over the river, soaking in the hotel hot tub, and mountain biking again at Eightmile Loop, one of my favorite of the 44 Trails.  The weather was perfect, it was wonderfully self-indulgent to do what I wanted when I wanted, and it was a huge confidence booster to strike out on my own on my bike for a couple days.

Several weeks later, Barry took me on my first ride on Surveyor's Ridge, which proved to me that my mountain bike climbing skills have improved since I started biking a couple year ago... and that they still have a ways to go.  The weather was great and the views were phenomenal. 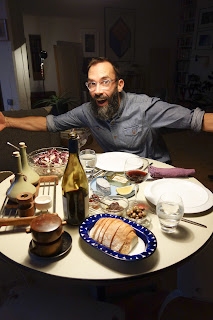 To celebrate Thanksgiving, Barry and I bolted out of work on Wednesday for a quick drive trip to Hood River, dinner and beers at Pfreim, a night at our go-to getaway, and a quick, icy, Thanksgiving Day ride on Eightmile.  Back in Portland less than 24 hours later, we had a meal of sardines, anchovies, radicchio salad, cheese, olives, and bread for our Thanksgiving dinner, inspired by a fantastic meal at Sardine Head (thanks for the recommendation, Anna and Brian).  We made the best of our one-day holiday, but I was and am troubled about how hard it is for us to take time off and get away to see our families at holiday time.  It feels like forever since we've been able to do that, and that weighs heavily on me.

In early December, we had our first days of the season of skiing (Barry) and snowboarding (me) out on Mount Hood.  (Side note: I wish there was a phrase like "snow riding" that could be used for both sports.)  It's my second season on the board and I was just starting to feel comfortable being back at it when I had a pretty bad crash.  I was taken down the mountain strapped onto a sled by ski patrol after Barry called me out for for being stubborn while attempting to get down the mountain on my own with a badly hurt leg (stubborn and stupid, I admit it).  I thought my ego might be hurt more than my body, but it turned out that I'd injured my knee pretty badly.  While my knee is still not quite right several weeks later, I have been able to get back on the board.  I had serious anxiety/upset stomach/a few tears in anticipation of snowboarding again after my crash, but after few days back at it I think I'm good again.

We took our annual walk on New Year's Day, over the Broadway Bridge, around NE Portland, and to Broder Nord for a wonderful breakfast.  That long, cold walk is the only thing I have serious photographic evidence of, so I'll leave you with that.  And by you I mean myself.  Hey, future Suzy! 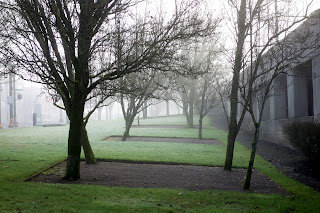 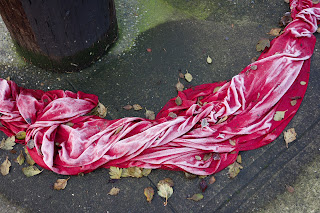 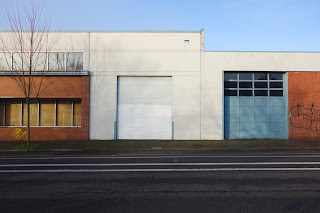 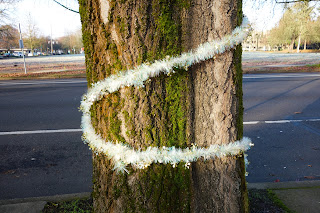 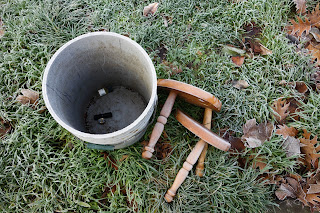 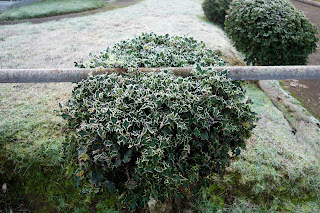 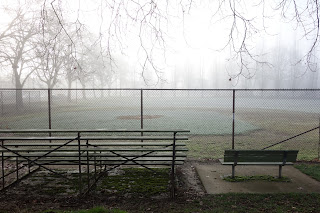 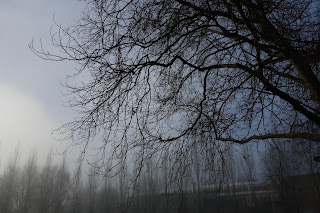 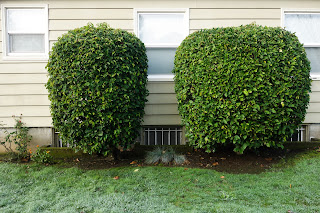