Barry and I have wanted to hike Jefferson Park on Mount Jefferson for years, but the rough roads that lead to its trailheads have kept us from making the trip.  After becoming owners of a car with enough clearance to handle the terrain, we finally planned to go this summer.  Thwarted first by an issue with the car (love the clearance, hate the squeaky hitch) and later by potential thunderstorms, we put the trip off a few times.  Until last week.  It ended up being perfect timing - we missed the bugs that were our in full force weeks earlier and didn't encounter the crowds of hikers that we'd come to expect from our reading.  We got a glimpse of moody fall weather and experienced gorgeous glints of summer over two days.  At times on our hike up onto a ridge and then down into the lakes basin it felt like we were on another planet.  At times the fog was so thick that we couldn't see far in front of us other than to navigate our way through massive rock piles.  We made our way along a trail lined with trees covered in dewy drops.  And we set up camp near Russel Lake.  A night of rainfall made being in the tent feel especially cozy.  When we woke the next morning, occasional breaks in the clouds that clustered around the peak gave us glimpses of the summit of Jefferson.  And clearer skies on the hike out than we'd had for the hike in made for stunning views of eastern Oregon. 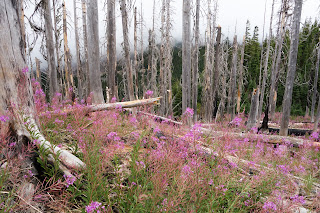 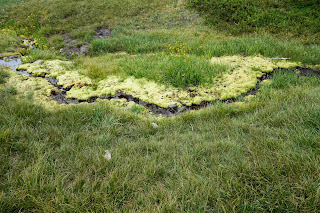 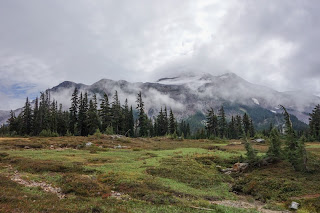 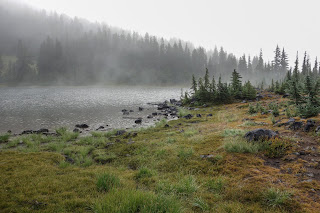 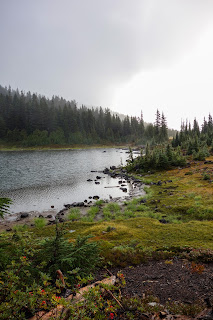 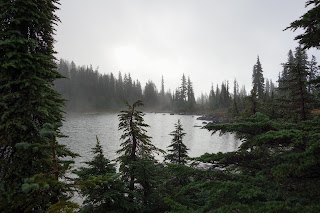 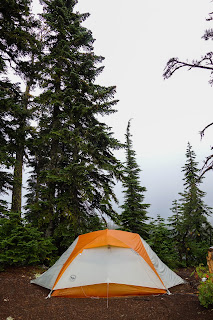 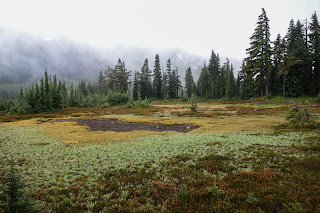 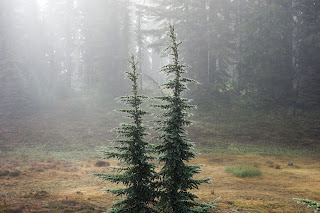 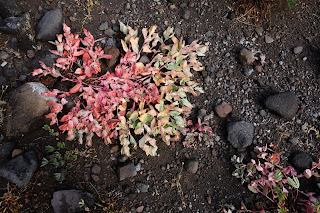 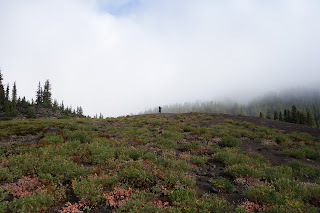 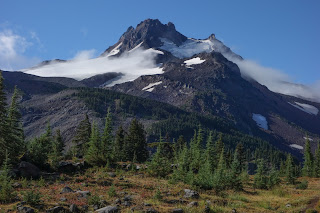 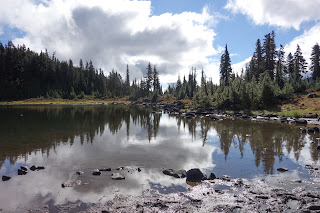 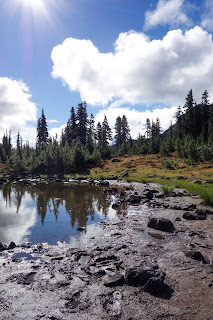 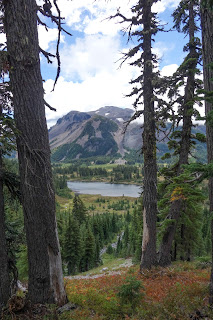 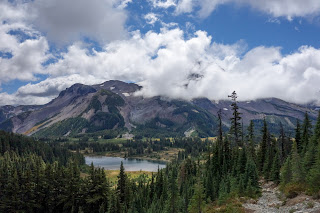 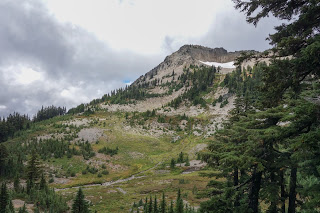 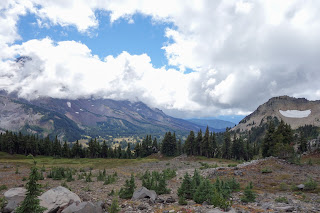 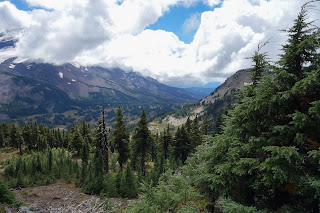 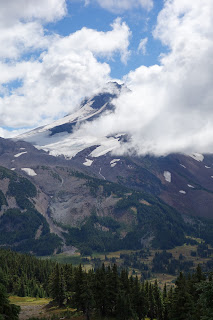 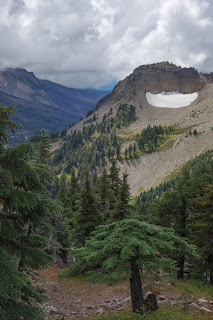 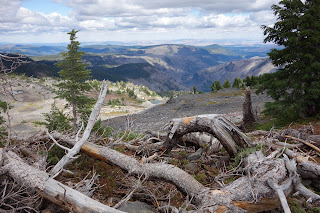 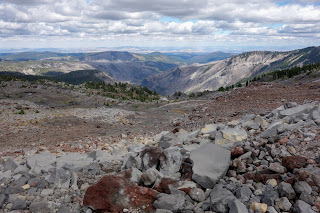 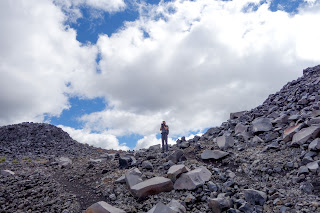 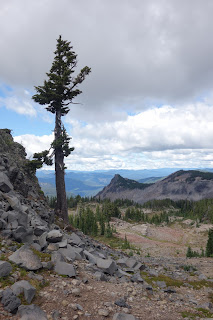 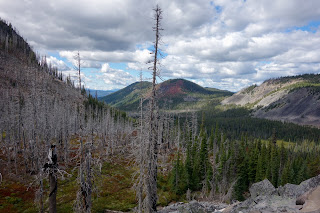