I've tried it a couple times before, so mountain biking isn't technically a new trick for me.  But the last time I gave it a try was years ago, and at no time had I really given it a fair chance.  I'm all about "old dog, new trick" mode right now, though, so it seemed to be the right time give mountain biking another go.  I borrowed a sweet bike and Barry and I headed out to Forest Service Road 44 to ride a few of his tried and true trails... trails that he and I have done some maintenance on in the recent past and that would be both mellow enough to keep me from being scared or frustrated, but challenging enough to keep things interesting for me.  Being on the right bike, getting great tips from Barry, trusting that the bike and I could handle most of what would come my way, and - most importantly - approaching the ride with an excited attitude, made for a very different experience than what I'd had when I'd ridden mountain bikes in the past.  In fact, it made for an awesome time.  I hooted as I rode over terrain that I was a little unsure of, I laughed out loud due to the combination of giddy nervousness and child-like thrill that resulted from flying over rocks and roots, and was proud of myself for doing something well that I'd always thought I wouldn't be good at. 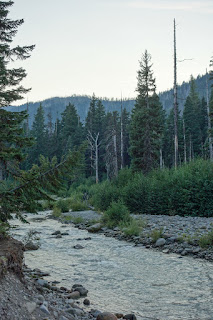 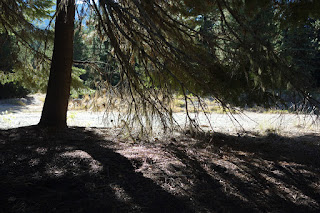 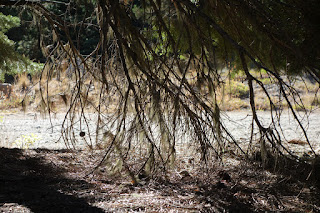 We camped on the Hood River after a day of riding and headed out for more biking the next day, hitting one of the trails I'd loved on day one for another go-around and checking out a new trail to practice some of what I'd learned the day before.  At one point, Barry - being really thoughtful, as he'd been all weekend - asked if I'd had enough riding and suggested that maybe we should go back to our campsite and relax a bit.  I weighed my options for a minute and decided that another descent on a trail that I'd particularly liked was in order.  We hopped back on the bikes and during the descent I realized: whenever given the option, choose to ride some more.  The river was there to welcome us when we'd gotten sweaty and dirty enough to call it quits for the day. 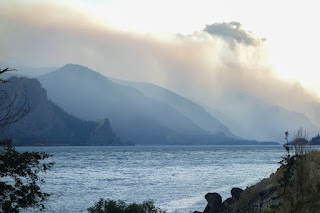 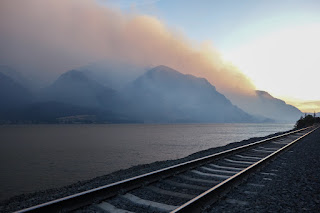 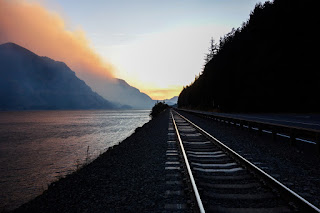 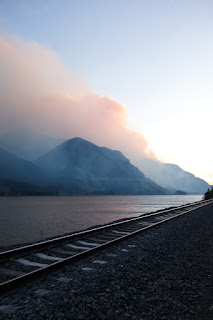 We had a longer drive home than usual as our regular route home is closed due to the devastating and infuriating forest fire that's burning in the Columbia River Gorge.  The scenery was tough to digest, with plumes of smoke rising from such a beautiful landscape.  But I must admit, nothing was going to dampen the contentment that a weekend of mountain bike riding, thanks in so many ways to Barry, had given me.
Posted by sulu-design at 10:03 PM