There will occasionally be posts on this blog that are not about birthdays and not about backpacking trips.  This post, however - just like the last one here dated three months ago - is about those two things exactly.  Barry's birthday (aka Valentine's Day) falls at the time of year when we are dying to get a break from the grey and rainy Portland winter.  A trip was in order to celebrate the birthday, and we decided on the following destination requirements so the birthday trip could also provide some mid-winter rejuvenation: sun, heat, blue skies, and wilderness access within an hour's drive from a major airport so we could make a quick backpacking trip out of an extended weekend.

Hello, Superstition Wilderness!  We read up as much as we could find (which was not much) on this area of the Tonto National Forest in Arizona and headed out for a night flight to Phoenix after the end of our work week.  We were surprised the following morning to find the Peralta Trailhead parking lot packed with cars.  Since we were unable to find much to read about hiking in the Superstition Wilderness, we figured it wouldn't be a busy destination.  And generally, lots of cars aren't what you want to see when you're starting out on a wilderness getaway.  Luckily, though, since we started our trip on a Sunday, all the weekend hikers were coming off the trails as their weekends were ending just as we were starting our hike in.

We started our way on the Dutchman Trail, surrounded by saguaro cacti and views of dramatic rock formations.  Just a few miles in, after we rounded a peak called Miners Needle, we got our first taste of a serious desert critter: a reared up rattle snake, tail in the air and shaking away, right in Barry's path.  We stood and stared at it for quite a while, thinking about the animals and insects we'd tried to mentally prepare ourselves for before but hoped we wouldn't meet on this desert trip.  We took a wide detour off trail and continued on, choosing the Whiskey Spring Trail to take us to our water source and home for the night.  Eventually we found a scenic spot to set up camp.  The first rainbow of our trip (there were three, one on each full day of hiking) made an appearance and light rain fell while we slept.  It was good to have our first day of vacation under our belts. 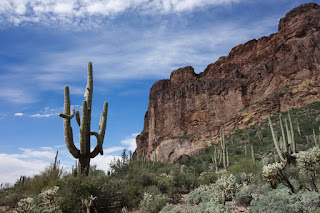 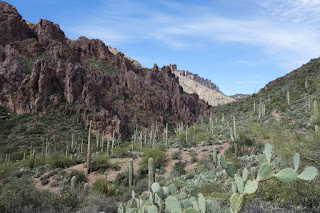 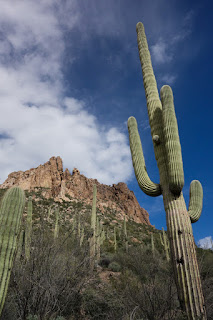 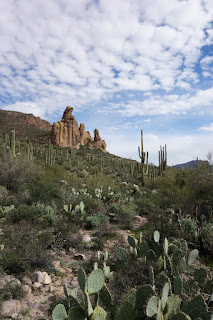 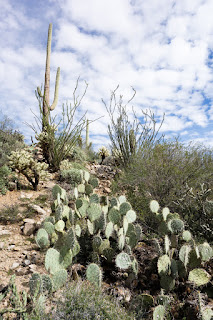 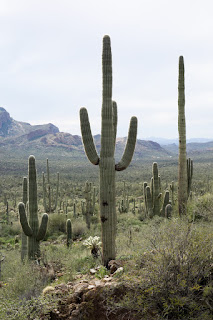 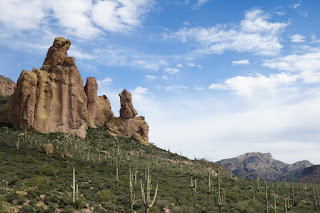 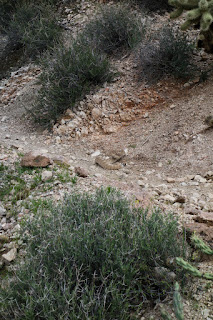 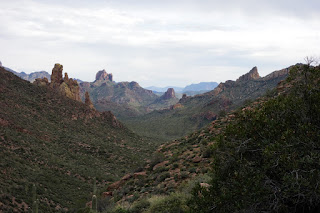 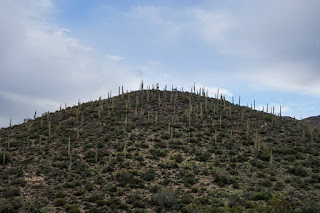 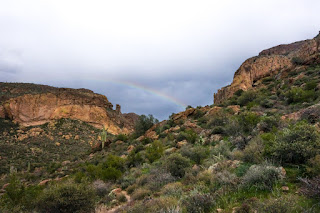 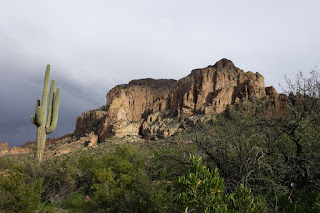 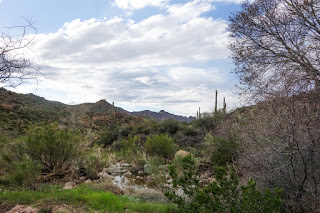 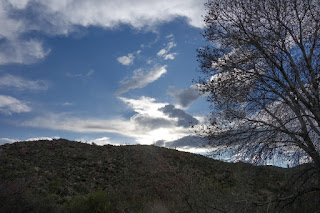 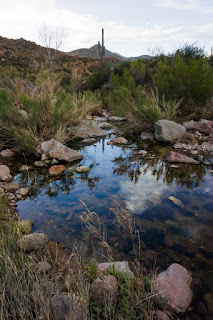 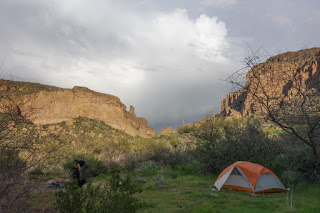 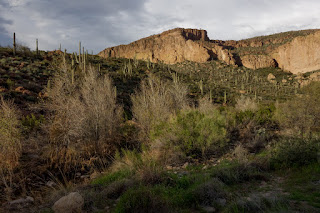 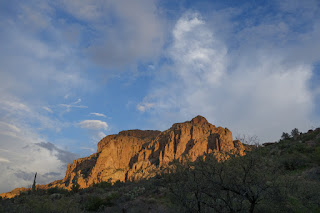 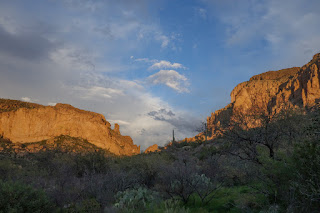